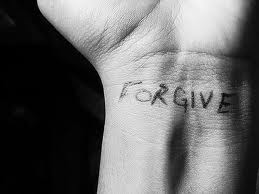 The troubadours wrote songs and poetry, mainly centering around the themes of love and chivalry. One theme that has always struck me was their idea that the wound a person suffers can only be healed by the one who inflicted it.

Richard Wagner, a German composer, eludes to the idea that the only way to right a wrong is go back to the time when the wrong decision is made and thus, make the right one. In his opera, Parsifal, Wagner composed a song, probably based on the troubadours theme, called “The Wound Is Healed Only by the Spear That Smote You”.

The idea that a wound can only be healed by the inflicter makes logical sense to me. I’m a fan of logic, for even in the most grey and philosophical area logic helps my mind organize everything. But is there truth in this statement? I imagine there would be plenty of Christians shouting “no!” to this idea, because of the truth that God heals our wounds.

But is it really that simple?

Last summer I was able to sit across from and have lunch with a friend who wounded me deeply. Very deeply. He never said he was sorry; to my knowledge he doesn’t even think he hurt me. I had to consciously seek out the strength of God to forgive him. I did it not only because Jesus says to do it, but also for my own emotional well-being. Holding a grudge is no good – and hurts you more than the person did you harm.

I was only able to sit at that table because God worked in my heart to make sure there were no more ill feelings towards him. It would have been easier, I think, had my friend just apologized. But he didn’t. I had to readjust my thinking – that forgiving isn’t saying what the person did was okay. But rather, forgiveness is saying that it hurt me, and I need to release them.

Who am I to say that God doesn’t heal all our wounds? No one. I’m not saying that he can’t, but I am saying that we sometimes don’t let him.

The idea of healing a wound is especially interesting to me. Can any of our wounds compare to the wounds Christ felt on that Friday so many years ago? Or the wounds he suffered the night before when one of his own betrayed him with a holy kiss? Or course not, but that doesn’t make our wounds any less real. And if we are really honest with ourselves – even if we think we are healed – even if we feel healed – seeing the person who inflicted that wound is hard. It can cause your heart to twinge and your stomach to ache. And I realize that as I sit here trying to make a point that both the troubadours and God can be right at the same time, that I have a much stronger argument for God being right – because of my own experience. The one who wounded me had NOTHING to do with my being healed. That was all God, and me working really hard to forgive.

Psalm 147:3
He heals the brokenhearted and binds up their wounds.

Jeremiah 30:17
But I will restore you to health and heal your wounds,’ declares the LORD, ‘because you are called an outcast, Zion for whom no one cares.’

Hosea 6:1
Come, let us return to the LORD. He has torn us to pieces but he will heal us; he has injured us but he will bind up our wounds.

1 Peter 2:24
He himself bore our sins in his body on the tree, so that we might die to sins and live for righteousness; by his wounds you have been healed.