loneliness and the white buffalo

Posted on March 4, 2014 by stephaniejnelson 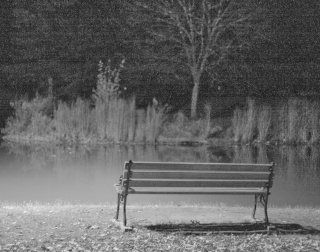 It’s such a real feeling. It comes it waves… not tiny ebbs and flows but in huge, crashing, surfers’ dream kind of Hawaii-sized waves.
What do you do with loneliness when you are introverted?
It’s not the same… being a loner and being lonely. Or being exhausted by people and being lonely.
As I need to recharge by being alone, I am seeing more and more my desperate need for connection to those I love.
Have you ever physically felt heartache? …maybe I’m the only one. But I physically feel it. I feel my chest cave in, and a burn right in the center of my chest. I often end up placing my hand or both hands over that place. My shoulders turn in and my whole body leans forward. My chins hits my chest and I breath deeper, in an attempt to slow the pain.
It hurts.
It hurts because it’s more than just physical pain. It’s soul-wrenching pain.
I was always a sensitive kid, and since I have two much older brothers, my parents really did not know what to do with me (and they have admitted that to me as an adult). So they would say, “You’re being so over-dramatic” or “Will you listen to yourself? That’s ridiculous.” But it wasn’t ridiculous to me. I felt it, and for my tiny little world in that moment, it was all I knew.
There are few things that break my heart more than loneliness. My heart is broken by many things: how sin affects the world, social injustice, the pain of others, really bad coffee…  But because I am selfish, my own loneliness leads to the worst heartbreak.
I am most certainly afraid to own my loneliness. I’d rather just sit at home and ignore it than to actually reach out to feel less lonely. But part of that is in knowing that being with people doesn’t make me feel less lonely.
It’s being without certain kinds of people that make me feel lonely.
Remember this? I will forever mark that day down in my story as the moment when the biggest burden of my life was lifted from my shoulders. The moment I realized that God created me the way I am and it was intentional, and wasn’t because of some sin in my life. Because I always believed, because so many others told me that I was so different, that it was my fault I was different.. and it was the result of sin in my life. But to change never felt right, either. So I just went on believing I was wrong. In every sense of the word. [Maybe even a mistake.] To finally know that I wasn’t wrong for being who I was, that I was built that way by God… well, something shifted in my heart that day. And since then I have been on a journey to discover what being in relationship with people who don’t understand me really looks like. 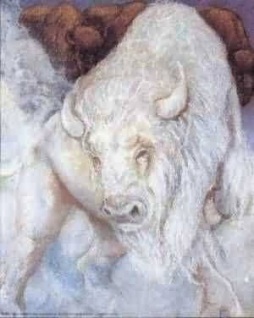 But I’ve also learned there is the while buffalo for me. There is the person that understands me. Maybe not fully, but somehow, beyond all reason, they get me. These people are so rare, so few and far between that I hold them deeply close to my heart.
Right now I only have two people in my life like that. Two people that I can say anything to and know that no matter how crazy it sounds to the rest of the world, they will understand what I mean and may even feel that way themselves. And these friends are not friends who have known me my whole life. Sometimes I realize they’ve come to be that white buffalo after just a few short months. Longevity does not matter, and I realize that makes me outside the norm. Most of the people I know are very close with the people they grew up with. I am not. Years don’t matter to me. It’s getting me that counts.
I have been through seasons in my life without these people. And it was the worst time in my life. I never want to go back to those places, and so these two white buffaloes to me are so precious that I sometimes hold them too tight. Especially if I am not sure if they understand just how much I need them. Or worse, that if they did understand, it wouldn’t matter to them. So I can become possessive and resentful…  and my expectations of them grow higher and higher. Then I stop communicating well with them, until somehow, I’ve ruined that relationship.
I think I will spend all of my life trying to understand this dichotomy of wanting to be known but also knowing I never will be.  I know that I have a deep fear of what people can do to you once they know you. They might leave. They might hurt me profoundly and that will forever alter me.  And I might have to search and search for another white buffalo, perhaps even fully believing that I will never again find one.
This loneliness, this searching, is my heartache. Even though I am surrounded by people who love me, I am not understood by them. That makes it so much harder.

2 Comments on “loneliness and the white buffalo”